Wear your glasses to contemplate on pros and cons of getting PMP certified before taking the plunge!

In the first place, PMP exam is created and garners amazing attention, proving that it has something to benefit you. Here you are:

A PMP certification graces your resume

I know resume, some certificate paper or the like cannot say everything about you, but it’s your real experience and skills that says who you are. Still, a beautiful profile does help, to some extent, especially when you must compete against tons of potential candidates. In this sense, a PMP certification is an amazing addition to your resumes. It’s just like if you are natural beauty, some make-up will brighten your tone and outshine your charm. If you are normal and alike, your putting make-up or apply daily skincare treatment are just so good for you. Especially on those days, recruiters often narrow down the candidate pool depending on certification, then with it, you can get past the resume screen

And not only revamping your CV, this certification impresses your client as credible as well.

As said in another post about PMP, you are eligible for taking PMP exam if you have accumulated certain experience in leading and directing project plus your owning of associate’s degree or bachelor’s degree. An audit process is carried out by PMI to ensure that potential PMPs are being honest about their project experience. Not all, I saw somewhere that one person included ‘PMP’ just after his name, which gave him certain initial credit when working with new contacts.

PMP certification bolsters your resume, speaks well to your experience and earn you much credibility; that’s not all, it helps you pick up a common language

After successfully wrapping up your PMP training, you can circulate well relevant aspects of project objectives, HR, material resources and even more with your fellows and executives, clients, etc. Why? Simply it’s because PMP training has turned you an established managers eloquent at conveying all those. As such, this common language scoops out the need for explanation and smooths your discussion, and everything may seamlessly move forward. How satisfying!

Grasping a PMP certification, you can expect more of salaries than those without it

Pursuant to an study by the American Management Association, around 17% of people with PMP report earning a pay-rise after being certified. Plus, a 2011 survey on 30,000 project management professionals by PMI reveals that PMP certified professionals in the U.S are annually paid $111,824 compared with $97,829—roughly $14,000 less a year for those without this certificate.

Even without PMP certification, sometimes just PMP training can earn you enough to promote your compensation. Maggie Donovan is a good example. Donovan chose to enroll in a PMP training course while be employed in Apple’s financial services department. In completion of the course, she became Program Manager at Dell Storage Marketing with doubled salary as shortly. 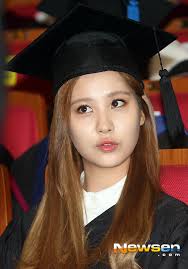 Being a PMP helps you join the ever-evolving PMI members all around the globe – up to 357,770 members as reported in August 2011 issue of PMI’s publication PMI Today. Frequent PMI meetings in most main metropolitan centers gather many PMI members to connect together and learn about project management. Notably, through those meetings, PMPs can grasp Professional Development Units (PDUs) valuable for renewing their certification each three years. There’re also a gracious offer of job opportunities here; other words, you can often investigate fresh and hot job opportunities from members highly thinking of PMP certification’s importance and there’re often time dedicated to anyone sharing any career chance available at their organization.

A PMP helps raises your marketability

On top of that, project manager position is now demanding in the market. 1.2 million project management positions are predicted to be occupied every year until 2016 by the Anderson Economic Group. In light of strong marketability of IT industry, according to a ComputerWorld survey, 40% of IT executives plan to recruit a project management professional in upcoming 12 months. Again in the study by the American Management Association, more people with PMP certificate report career benefits of getting a new job (41%), being advanced (31%), and more. Another good reason for that post’s attraction is the prestige of PMI PMP certification. Then one way to compete for top talents as the demand rises and position yourself to boost your marketability is to lead up to and earn your certification.

You think that attaining this certification is to open a door to your marketability and the like, that’s right but not all, PMP certification itself tells more of that. As a PMP project manager, you would be confident of your up-to-date competencies, valid foundation, title, position, salary and career which all are committed to project management. It’s the sweet fruits of all your hard work and willing. Then as an owner of its, you have the utter right to brag about.

PMP certifications aren’t associated with just one specific methodology; that’s why, they’re considered flexible and can-do. Grasping certifications, you can find it easy to transfer them between industries, geographic places, and market segments. Rather, skills and knowledge from the PMP training are transferable and valuable no matter what and where you end up working for.

We chose this as the last out of 10 reasons because after all, none of project managers don’t expect project success, which would ensure sustainability of all the benefits pointed out above (i.e. solidify their position, fly high their career, shut up bad mouths about their incompetence, and the like).

To tell the truth, project management certification has been closely associated with improved project performance. Chris Spivey, who is the captain of his own project management and the hero that rescues consultancy Spivey & Co. from sinking, believes employers are in high demand for certified project managers because they consider a PMP project manager on a project as the added possibility of project success. “If you look at the stats, seven out of 10 IT projects fail. Anyone who’s putting in a project is going to ask what they can do to try to ensure its success.” Spivey said. One of the actions taken by organization would be to join a PMP certified professional in the manpower for the project. Meridith Levinson in one of his articles stated, “Whether staffing a project with a certified project manager improves the project’s outcome is the $64,000 question.” Also, as reported in the PMI’s 2008 Pulse of the Profession study, “that having project managers without PMP certification results in a lower percent of projects coming in on time and on budget—especially when less than 10 percent of the project managers in the company are PMPs. Organizations with less than 10 percent of project managers who are PMPs are also much less likely to indicate an increase in projects successfully meeting the goals and business intent.” PMPs’ positive impacts, obviously, are really something!